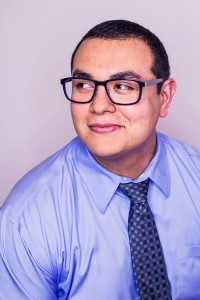 Hector Miranda is an alum of University of Oregon, Sigma Pi Fraternity and currently part of the Portland Trail Blazer Stunt Team. He became involved with OASC while attending Forest Grove High School and was an active participant in the organization until 2008. Hector attended OASC Conferences, OASC Summer Camp, Nationals (NASC), and was an OASC Summer Camp JC for 2 summers. Hector still attributes much of his success to the skills and lessons he learned throughout leadership and OASC.

Hector started in leadership as a freshman at FGHS. Being the newly elected freshman class president, his leadership teacher Mr. Sullivan pulled him as
ide to discuss the position of class president. Hector remembers at the time that he did not take life or school too seriously. “I goofed off a lot in class,” Hector said.  “And in turn, distracted a lot of my friends and that encouraged them to also act out.” After discussing the position of class president with Mr. Sullivan, Hector realized he could either have a positive or negative impact on his peers. This was a life changing moment for him. About that experience, Hector said, “From then on, I always tried to make sure that I positively affected those around me.” 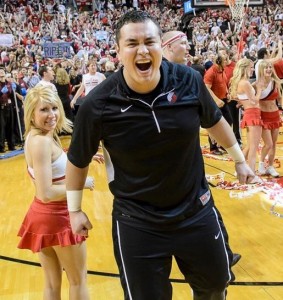 After recognizing his potential to have a positive influence, Hector went on to earn a full ride college scholarships to the University of Oregon for their ROTC program. He was one of only four freshman to receive the scholarship.

Hector is now a member of the Portland Trailblazer Stunt Team. As someone who is a leader in front of thousands of people, he doesn’t think being the one in charge is always what’s important. The most important leadership characteristic he believes students should possess is the ability to not always be the leader. Some of the best lessons he learned in his life were from being able to step back and let someone else be the “leader.” “I think a good leader develops other great leaders, so sometimes you have to step back and let someone else step up, in order to allow them to grow as a leader themselves.” Hector believes that stepping back from being the leader can help you learn the right things to do, or the things not to do. Either way they are important lessons.