Event sponsored in part by

We're coming to you!

For the Fall Regional Workshop you will need: 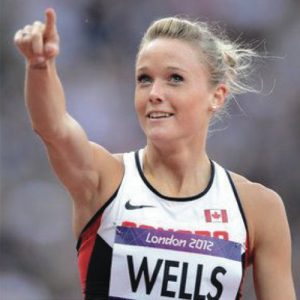 Ever since Sarah was a child she has always loved to run. Whether it was around the park, at the cottage or during a soccer game, Sarah was running. Little did she know this simple activity would become the center of her biggest dream.

Sarah grew up playing many sports from ice hockey and curling to baseball and soccer. But it was her high school teacher, Dave Hunt, who also happened to be a National Team coach that recognized her talent and encouraged her to pursue track and field more seriously. Sarah quickly fell in love with hurdles and her Olympic journey would unknowingly begin.

When Sarah graduated High School, she chose to attend the University of Toronto Faculty of Physical Education and Kinesiology to continue her education as well as continue to work with coach Dave. Within their 8 years working together, Sarah became a 3-time National Champion and 5-time National Team member and represented Canada in multiple World Youth, World Junior and Pan American Junior Championships.

In 2011, the year before the Olympics, Sarah was unfortunately diagnosed with a stress fracture in her left femur (thigh bone), which tragically sidelined her for 9 months. With the Olympic year fast approaching, Sarah was eager to get back on the track following a grueling recovery and rehabilitation program. When she was finally cleared to run, the London Olympics were only 8 months away and few people believed Sarah would be able to overcome such a devastating injury and ultimately compete in the Olympic Games. However, Sarah surrounded herself with an integrated team of physicians, coaches, family, and friends, which enabled her to train, perform and continue to remain realistic about a seemingly impossible dream.

Fortunately, through hard work, perseverance and an unwavering belief in herself, Sarah ran Olympic standard, won the Canadian championships, and was named to the 2012 Canadian Olympic team. At the games, Sarah made it through the heats to the Olympic semi-final round. She placed herself in the top 24 in the world and was one of the youngest competitors in the field.

Since those games, Sarah has added to her National Championship Gold medal count and most recently won a silver and bronze medal at the Pan American games in Toronto.

This year, we will be completing a service project with YouthLine. YouthLine is a peer-to-peer youth crisis and support service provided by Lines for Life—a non-profit dedicated to preventing substance abuse and suicide in Oregon. YouthLine operates a helpline that provides crisis support and referrals via phone, text, chat, and email. The helpline is answered by youth daily from 4-10pm and by adults at all other times.

Fill out my online form.

The Oregon Association of Student Councils is a non-profit member association, serving middle and high schools throughout the state. We provide leadership development to both students and advisors. Our program is sponsored by the Confederation of Oregon School Administrators (COSA) and we are recognized by National Student Council.